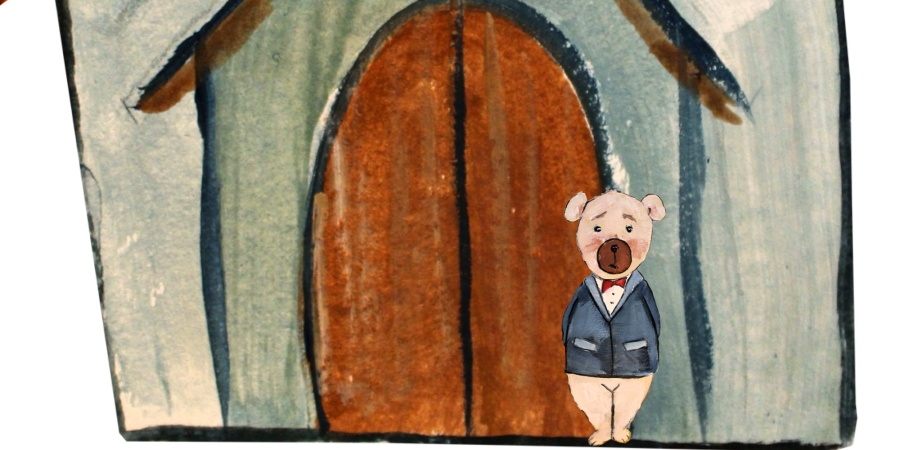 Flapjax, our lovable hero (and very cuddly teddy bear), and his best friend, a human girl named Libby, did everything together.

Sometimes Libby took Flapjax on fun trips — like in the summer when they went to the boardwalk to ride the roller coasters and bumper cars and play skeeball until they ran out of quarters. But sometimes Flapjax was dragged to places like the mall…boring! (Although, there was certainly a good amount of mischief he could find around the mall – but, that is a story for another time…)

Each week, Flapjax was dragged along on a particular trip that he always dreaded. For

one thing, he was forced to take a bath and comb his fur the night before. Baths are the worst, and have you ever tried to comb out fur?? It is NOT a simple task. After bathing, he would have to put on his fanciest clothes…clothes he was never allowed to get messy, which is quite hard when you are a bear and “Mischief” is your middle name. And finally, they would walk all the way across their tiny town for…CHURCH.

Have you ever been to church? If you’re like Flapjax and Libby, every Sunday you have to be on your absolute best behavior and pay attention for a whole hour as grown-ups talk at you and give you mean looks if you so much as make a peep. This is quite difficult for human children like us and Libby, but it is particularly difficult for Flapjax, who was made for fun. Try as he might, each week was a struggle.

One Sunday, after an exciting Saturday night where Flapjax was allowed to stay up late baking (okay, mostly eating) cookies, Flapjax REALLY did not want to go to church. He was tired and grumpy, because who could sleep after all of that excitement?! When Libby nudged him, trying to wake him up, Flapjax ferociously kicked at her.

“We’re going to be late, Flapjax! Dad’s already outside waiting for us!”

Flapjax just threw the covers over his head and curled up in a ball so Libby couldn’t get him.

“You’d better come! Mom and Dad said we can go to the bakery after if we’re good…and I really want a doughnut!”

Flapjax peered out from under the covers, already dreaming of all the delicious pastries, muffins and cookies just waiting to be eaten. He slowly lifted the quilt away and let Libby pick him up.

“I thought that might change your mind,” she said as she hopped down the stairs and ran out the door.

The church they went to was small – just like their little town – and all of the humans knew each other. And since Flapjax was quite notorious in their neighborhood, everyone knew him too. 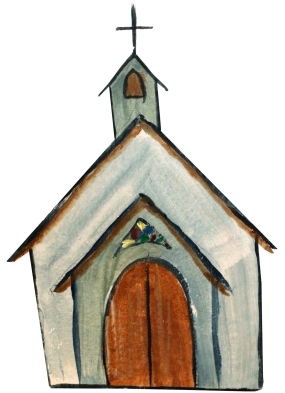 But church was always a struggle for Flapjax. The benches were uncomfortable — even with Flapjax’s winter fur and extra padding from a recent adventure involving a few too many desserts. And he had to be quiet the whole time, which was not easy when he had so many questions – like, why does everyone want a little piece of stale bread so badly that they stand in such long lines each week, and why does everyone drink from the same cup?? Gross! Plus, he couldn’t see anything! Even when he would climb on Libby’s shoulders, he could only ever see the heads in front of him. And he got stern looks when he tried to climb on one of the grownups…

So it was not rare that Flapjax would get into some kind of trouble at church. Really, everyone should have known that this week would be one for the record books. After all, we learned earlier that a grumpy Flapjax is a naughty Flapjax…

They were just a little bit late that day — a feat Flapjax was quite proud of, but his humans gave him a look that said they did not agree.

Once they got to their bench, they began to pray, eyes closed tight in concentration. This presented Flapjax with the perfect opportunity to quietly slip under the bench and crawl his way to freedom. 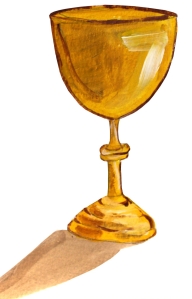