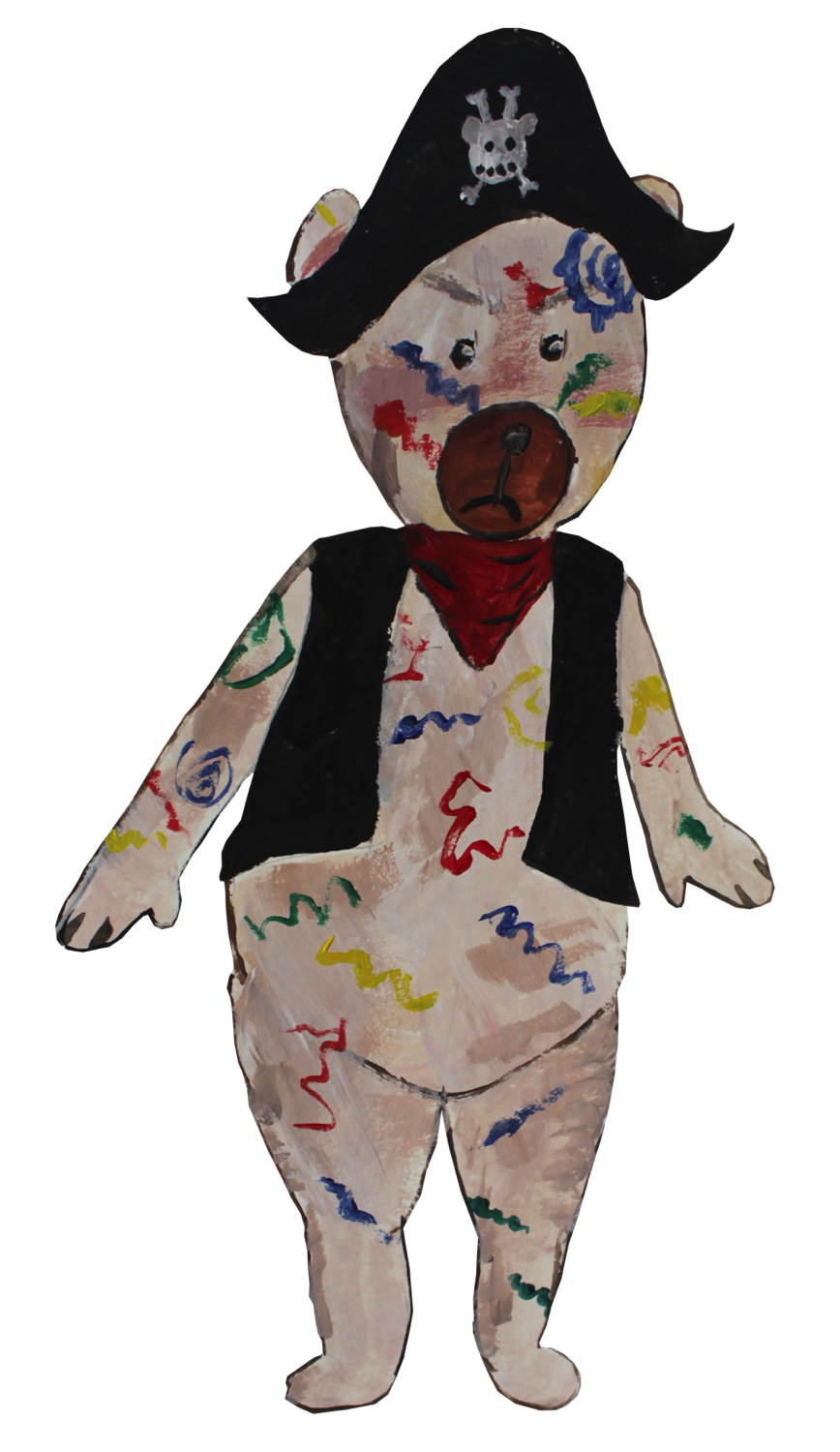 (Have you read Chapter 4, Post 1: Flapjax and the Fancy Pants yet? If not, we recommend starting there.)

The evil sea captain, Tommy Bananas (Libby’s cousin and enemy pirate), flashed Flapjax a menacing grin. Flapjax did not grin back — he might have been forced to join the ranks of Tommy’s notorious pirate crew, but he did NOT have to like it. And once he had the chance, he would escape. 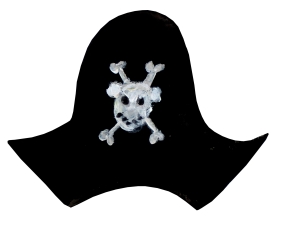 Unfortunately for Flapjax, Tommy Bananas had other plans in mind.

Tommy let out a low, wicked laugh as he tied Flapjax’s paws down to a wooden table lined with colorful markers.

“Yesssssss,” Tommy Bananas sneered, rubbing his hands together with excitement. He uncapped the red marker and poised it above his fluffy canvas. “I have plans for you, Flapjax…”

The pirate laughed and laughed as he began to draw.

Libby paced the little island she was now stranded on. How dare Bananas. How dare he kidnap her best friend. If he hurt Flapjax, Libby would never speak to him ever, ever again. She wracked her brain to come up with a rescue plan, but her mind kept wandering back to poor Flapjax.

What if Tommy did hurt him? What would she do without Flapjax?

She paced some more, and then she started to cry.

Flapjax glanced down. His fur was matted and sticky with ink. Tommy Bananas had branded him with some kind of swirly emblem, colored in with a dozen blue, red, green, and yellow squiggles.

Flapjax was steamed. Tommy knew he hated baths! And that was IF the markers were washable, which Flapjax didn’t know because he hadn’t yet learned to read. Curses…why couldn’t school have started sooner?

He was half panicky, half furious, and what he needed to be was clever. He had to escape before Tommy Bananas came back to finish the job.

Boots thumped their way down the deck, and Flapjax knew he was too late. Tommy Bananas jumped down into the little room that functioned as Flapjax’s jail and strode towards the chair Flapjax was still tied to. He uncapped a purple marker and continued his masterpiece on Flapjax.

And then, just when Flapjax was ready to give up all hope of escaping, Tommy Bananas yawned. Flapjax perked up suddenly as a brilliant idea came to mind.

Flapjax started humming, softly, innocently. Tommy yawned again. Flapjax grinned and continued the hummed version of his very favorite song, ‘Blackbird’, trying in the process to look as cute and innocent and cuddly as possible.

Tommy Bananas dropped the marker and grabbed Flapjax, yanking him out of his bindings. Flapjax was so excited to be free, he barely felt the rope burns on his paws.

Tommy curled up in a pile of pillows, folding Flapjax into his arms. His grip was tight, but as Tommy began to snore, his arms loosened, and eventually Flapjax was able to slowly, carefully, escape his captor’s snuggle.

Flapjax tip-toed across the room and up the stairs to the deck of Tommy’s pirate ship, the Dragon Breath. He still had no idea how he was going to get away from the ship – they were surrounded by water, after all! But he had to, he just had to. This was his chance!

He was running softly around the deck, searching for ideas, when he heard a soft, hissed, “Flapjax!”

He paused and heard it again, and he sprinted in the direction of the voice.

He heard her voice, but he could not see her. It sounded like she was calling from the water. How strange…

Flapjax glanced around then lowered himself to the deck and peeked over the side of the ship. It was Libby! She had come to rescue him! He had never doubted her. (Okay, he had maybe doubted her for a few minutes, but that’s just between us.)

Libby was floating on a small raft several feet below, but Flapjax didn’t like his odds — there was a lot of water in between him and the raft.

“Flapjax, you’ll have to jump and swim out here. Quick before Tommy finds us!”

“Oh no, you will not!” Tommy Bananas growled and lunged for Flapjax. Tommy was still groggy from his nap though, and Flapjax jumped away quickly. Flapjax ran back across the deck, searching for something–anything–to help his escape. Tommy Bananas was gaining on him. He had no time left!

Suddenly, Libby shouted from her position in the water, “Flapjax! Plank!”

Flapjax’s eyes grew wide as he realized her plan. He ran across the ship with all his might. Then, using up every last ounce of courage he had left, he continued quickly down the plank.

At the end of the plank, Flapjax leapt into the air, launching himself as high and as far as he could go. Tommy Bananas made one last attempt to grab him, and he even almost got his tail, but Flapjax landed safe and sound in Libby’s arms.

She hugged him quickly and then began paddling away as fast as her little legs could take them.

But Tommy Bananas had given up. The pirate captain frowned at the pair who had outmaneuvered him. He looked around the empty deck of the Dragon Breath and rubbed his sleepy eyes. Captain Libby had won this round, but there would always be more pirate adventures…

When they were safely back to civilization, Libby and Flapjax settled in for hot mugs of cider and their favorite sugar cookies – the ones covered in frosting and rainbow sprinkles. They were both exhausted from their day at sea, but they smiled fiercely at each other as they toasted their victory.

“Oh!” Libby shouted and jumped up from her seat. “I almost forgot!”

She ran away and came back a short time later with her hands behind her back.

“Guess what else I rescued today,” she said with a twinkle in her eyes. Flapjax stared back, curiously holding out his paws. Libby place a wet, black eyepatch into them and winked. “Not that you need this. You were a pretty great pirate even without your costume!”

Flapjax quickly put the eyepatch back on, ignoring the cold, clamminess of the fabric against his face, and he snarled. Libby laughed.

“Oh, and Mom says your bath is ready. You better hope your tattoos aren’t permanent!”

Flapjax sighed, but he didn’t fight her. Ink was sticky, and he missed his nice, soft, fur. Maybe a bath wouldn’t be the worst thing in the world today.

In case any of you were wondering, Tommy Bananas did not escape that easily. Once his mom found out about his evil doing, she made sure he would not be sailing the Dragon Breath again for a long, long time…

And he had to apologize to Libby and Flapjax. Ugh. But they were cool and even let him share their cookies. Tommy decided they weren’t that bad after all and maybe even would make good allies. There were, after all, a lot of pirates to battle on the open seas, and they wouldn’t all share their treats with the enemy. 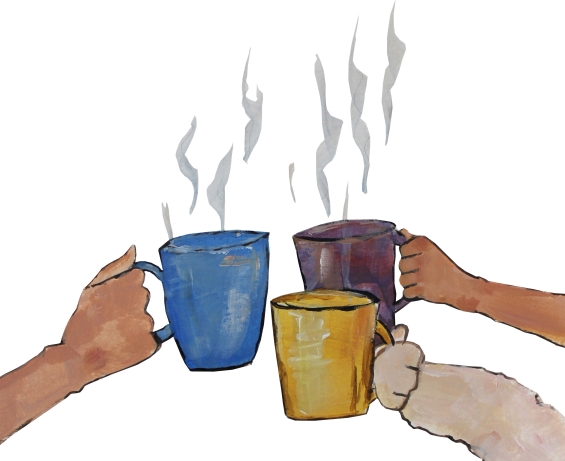