You’ve met Flapjax, right? Well, Flapjax – our extremely lovable and cuddly bear buddy who just occasionally gets into sticky situations – is what his human parents like to call “impatient”. Libby, his human best friend says he just likes activities (she gets him).

Sometimes, Flapjax and Libby have to do things they don’t especially like to do (but you’ve read about Flapjax at church, so you know all about that). Luckily even in the most boring of situations, they still had each other, and that was usually enough to get them through.

However, if there was one thing Flapjax couldn’t stand, it was the horrendously, astoundingly, mind-numbingly boring task of shopping for new clothes.

For one thing, Flapjax was perfectly happy with just the occasional hat. For another, his weekly church suits were itchy enough to make him almost want a bath afterwards. (Almost.) And if that wasn’t bad enough, teddy bears were everywhere at the shopping mall. Flapjax much preferred to be one-of-a-kind. 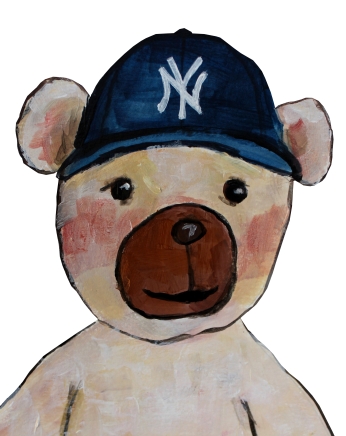 And have you ever been to a mall? Unfortunately for Flapjax, malls were everywhere in New Jersey, where he lived with Libby and his parents. Malls are also very large. Flapjax was very small. Walking across very large malls with very small legs is exhausting!

So when Libby snagged Flapjax up from a delightful nap and told him they were going shopping, he knew he was in for a difficult day.

Once in the children’s department, Mom went right to work rummaging through the racks of clothes while Libby and Flapjax bee-lined for the toy section. But it wasn’t long before Mom’s voice rang out to them.

“Libby! Flapjax! Let’s go to the fitting room, come on.”

Libby rolled her eyes at Flapjax, but like the good daughter she was, she scrambled up and ran to join her mother for the terrible task of trying on clothes.

Flapjax, however, stuck to what he was good at…playing…

Flapjax looked up at the shelves of stuffed animals with a wicked smile on his face. He had a brilliant idea for a trick he could play on Libby. (He could really be rascally sometimes!)

As Libby was occupied in the dressing room, Flapjax was speedily climbing the toy shelves until he got to the level with the teddy bears. He smoothly positioned himself among his fellow furballs and got cozy.

Sitting there snuggled up with other bears, Flapjax really understood the appeal. They were CUDDLY! He smiled to himself and used his neighbor’s brown fluffy fur as a pillow…

…and he fell fast asleep among the teddy bears.

Flapjax was snoring lightly (and drooling just a bit), comfy and happily dreaming away. But Libby was panicking. He had been right there with her! Hadn’t he? He never liked trying on clothes, but he always hung out anyway to keep her company. So where was he??

Mom, on the other hand, was mad. Flapjax always seemed to disappear at the worst times! She had work to do, and she needed to get them home.

Libby frantically searched through the racks of clothes while Mom spoke with each of the men and women working in the store to find out if they had seen Flapjax. But no such luck.

“Libby, we have to go,” Mom said, glancing worriedly at her watch. “The salespeople are going to be on the lookout for Flapjax, and they will call us when they find him. He’s here somewhere, don’t worry.”

Her shouts echoed through the store as Mom carried her away from her best friend.

Flapjax heard Libby call him in his dream, and he smiled. Then he heard it again. She wasn’t just calling for him though, she was shouting! His eyes popped open in panic just in time for him to see Libby and Mom walking quickly away from him out the door…

Come back next week for more of this Flapjax adventure! 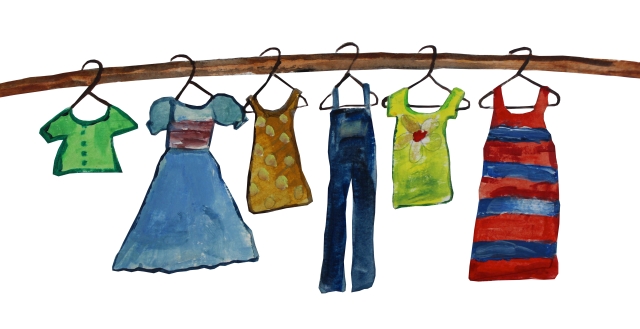